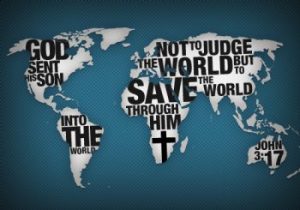 I’ve been thinking the past few days just how easily we judge others and ourselves; and not just making judgments but condemnations. In reading John 8:1-11, I noticed that when the people had the opportunity to sit at the feet of Jesus and be taught by Him (v 2), they instead pointed out another’s sins (v 3-6). They had the law on their side, but Jesus didn’t respond with the law; instead He asked them to look at their own hearts. “But when they persisted in asking Him, He straightened up, and said to them, ‘He who is without sin among you, let him be the first to throw a stone at her.'” (v 7)

How often do we judge another’s actions and words that hurt us? Truthfully, I was hurt by someone’s words just the other day, and I reacted to their words. Was I without sin so that I was able to throw a stone? Absolutely not! So I was taken to another Scripture, “Do not judge so that you will not be judged. For in the way you judge, you will be judged; and by your standard of measure, it will be measured to you.” (Matt 7:1-2) Jesus goes on to say in this passage that we can’t clearly see the sin of another until we first deal with our own sin (v 5).

In the story, every single one who was asked if they were without sin to cast the first stone at the accused walked away. “Straightening up, Jesus said to her, ‘Woman, where are they? Did no one condemn you?’ She said, ‘No one, Lord.’ And Jesus said, ‘I do not condemn you, either. Go. From now on sin no more.'” (John 8:10-11)

We have all sinned and fallen short of the glory of God (Rom 3:23). If we do not accept Jesus Christ as our Lord and Savior, we have already been condemned (Jn 3:18). But Jesus came into this world, not to judge us, but to give us eternal life. “For God so loved the world, that He gave His only begotten Son, that whoever believes in Him shall not perish, but have eternal life. For God did not send the Son into the world to judge the world, but that the world might be saved through Him.” (John 3:16-17)

He came not only to save us from eternal judgment, but to shine His light upon us and guide us in this life here on earth, so that we become more like Him. “Then Jesus again spoke to them, saying, ‘I am the Light of the world; he who follows Me will not walk in the darkness, but will have the Light of life.'” (John 8:12)

So when we hear a voice (even ours) that condemns us, we need to understand that comes from Satan who accuses us day and night (Rev 12:1). But Jesus came to give us an abundant life here on earth, not only eternal life with him. “The thief comes only to steal and kill and destroy; I came that they may have life, and have it abundantly.” (John 10:10) Put a “mute” on the condemnation and instead look to the light!