Jesus Prays For His Disciples 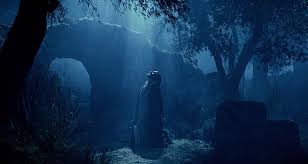 I am so comforted when I read this prayer from our Lord–who loves us so much that He prays for us and considers us gifts! Let that sink in! Yesterday we looked at Jesus Prays To Glorify The Father. Today we will continue with His beautiful prayer for His eleven disciples. It divides into three sections. First, He prays for them because they belong to Him: then He prays that they may be kept from the enemy, from the world and the devil; and finally He prays that they may be sanctified.

It opens with words of tender concern: “I pray for them. I do not pray for the world but for those whom You have given Me, for they are Yours. And all Mine are Yours, and Yours are Mine, and I am glorified in them. Now I am no longer in the world, but these are in the world, and I come to You.” (John 17:9-11a)

Jesus gives two reasons for this prayer. First, because these disciples are His: they are a gift from the Father. He has spent 3-1/2 years with them. He knows them intimately and they are very precious to Him. That is how we, too, are to pray. We pray first for those we love.

The Lord sees the apostles as a gift from the Father, and therefore precious to Himself. This is what He means when He says He does “not pray for the world”. The secular world has not been given to Him in this intimate fashion by the Father. But these men are so given, so He makes this distinction. This doesn’t mean that Jesus had no concern for the world. It was for the world that He was to die, and drew Him from heaven to earth (John 3:16). His prayer for the world was made from the cross, “Father, forgive them, for they do not know what they do” (Luke 23:34).

Jesus also is conscious that He is leaving these men behind, and He is concerned for them. Knowing that He must physically leave these men, Jesus commends them to the Father’s care for it was in the Father’s name that they were kept when He was with them. “Holy Father, keep through Your name those whom You have given Me, that they may be one as We are. While I was with them in the world, I kept them in Your name. Those whom You gave Me I have kept; and none of them is lost except the son of perdition, that the Scripture might be fulfilled. But now I come to You, and these things I speak in the world, that they may have My joy fulfilled in themselves.” (John 17:11b-13)

First, He desires them to be guarded and kept by the Father’s authority and by His activity. “Keep [them] through Your name” He prays. The name, of course, stands for all God’s resources, power, and ability. He is asking God to assume responsibility now for these men directly so that while He is personally absent from them they may be kept by wholly adequate resources.

Notice to what end they are to be kept: First, to an unbroken unity: “Keep [them] that they may be one as We are”. He was conscious that the Father was at work with Him and was able to supply through Him the power to keep, so He prays “While I was with them in the world, I kept them in Your name“. This is the way we can guard others in a consciousness that it is God who must keep them. We must pray for them as Jesus prayed for his disciples!

And He says He fully succeeded: “none of them is lost except the son of perdition, that the Scripture might be fulfilled” (Zech 11:12-13). He is referring to the traitor, Judas, who never was truly a member of the apostolic band. Outwardly he was, but inwardly his heart never yielded to the grace, love and mercy of God. He retained his fancied independence, the deadly force by which men are still kept from the Kingdom of God. The Lord isn’t looking for lip service, but heart service (see Matt. 7:21-23).

Further, the Lord points out that they were kept by His Word and His gift of inner joy: “these things I speak in the world” (the revelation of truth which He came to give), “that they may have My joy fulfilled in themselves”. That is what kept these men. He told them the truth, and as they believed it they found it worked and led them to joy.

Jesus clearly saw the terrible danger these men faced. He understood that the world would hate them, fight them, and undermine them every way it could. Why? Because He had given them the Father’s Word. It is the Scripture, the Word of God, that is the primary object of the enemy’s hatred. If he cannot destroy it, he seeks to dilute its impact.

Ray Stedman shared a story of when he taught a group of pastors the necessity of preaching from the Word. One pastor asked, “What should I do when I have analyzed a passage of Scripture, learned what it means, and found that I do not agree with it?” He hadn’t anticipated such a question, but answered it: “I’ll tell you what I would do, I would ask myself, ‘What is wrong with me that I do not agree with this passage?'” The problem is never in the Word, but in our limitation, our foolish, unreasonable resistance to truth, and our feeling that we know everything. That feeling is the work of the enemy, part of his subtle attack upon the Word. Jesus reveals that the apostles will be hated because they speak the truth.

He prays then that they will be kept in the midst of the world. We are clearly not to isolate ourselves from the world. When Jesus sent these men out to preach, He said. “Behold, I send you out as sheep in the midst of wolves” (Matt 10:16). No sensible shepherd would ever do that, for wolves are dangerous animals. With one slash of their teeth they can rip a sheep’s throat wide open. The world can do that to believers too. We must never forget that it is a dangerous place. The only safeguard is the provision the Shepherd has made to be with us, and in us. Maintaining that loving relationship with Him is what enables Christians to be in the world, but not of the world — to make contact with the world, to establish friendships in the world, and yet to be kept from the terrible dangers of the world.

Behind the world’s hatred, Jesus sees the god of this world, the devil, so He prayed that the Father “should keep them from the evil one”, who is the prideful, malevolent, and monstrous fallen angel who is constantly seeking to physically and spiritually destroy believers. Death is his weapon. Jesus called him “a murderer” (John 8:44). He invents a million ways to kill people. His favorite tactic is to deceive them: drug abuse ends in death, and despair ends in suicide, for example. It is from this evil one that the Lord prays that His people be kept. He assures them that the devil really has no claim on them, they do not have to follow him: “They are not of the world, just as I am not of the world”.

What does “sanctification” mean? It means “to separate, or set apart, to a specific purpose; to put to an intended use”. You sanctify your comb when you comb your hair since you use it for its intended purpose. And what are we intended for? What purpose did God have in mind in making man? That He might use us as the instrument of His working and to manifest His character; that we might be the instrument of God. When we become that, we are sanctified. In this context it includes a sense of personal agreement with that, a determination, a willingness, to do it, so we could use the word “commitment.” Our Lord is praying that these men be personally, willingly committed to the work of being used of God.

He models this Himself. “As You sent Me into the world, I also have sent them into the world“. Just as He was God’s instrument, living among people right where they were (He did not hide from them but ministered to the weak, the hurting, and the broken), so He sends us to do the same. We are sent to the same task, sent with the same resource, and thus we are continuing the work of Jesus in the world. That is sanctification.

Further, He prays, this will be made possible by His death on the cross: “And for their sakes I sanctify Myself“. Love was willingly determined to go to the cross “that they also may be sanctified by the truth“. As the outcome of that death of Jesus on our behalf, we are granted the power of the Spirit by which we may be useful instruments in the Kingdom of God, our intended purpose.