Wondering If Your Prayer Was Answered 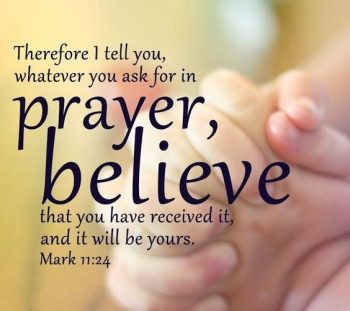 I heard the following commentary from Dr. Harold Sala on my drive to work this morning. It really made me stop and think how important it is to heed the promptings we receive from the Holy Spirit. “Therefore I tell you, whatever you ask in prayer, believe that you have received it, and it will be yours.” (Mark 11:24)

Have you ever had the experience of praying for someone or something, and you never really knew whether or not your prayer was answered? If dead people could come back from the grave to tell what happened in their lives in those last few hours, or possibly those last few minutes, we might rest better at night; yet at times God remarkably allows us to discover how He answered a prayer in ways that have to be beyond the natural.

In his book, Surprise Endings, Pastor Ron Mehl tells about such a situation. It all began when Roger Simms left the military and, to save some money, took his heavy duffel bag and began hitchhiking home. When a large, expensive car approached, though Roger waved his thumb in the direction he wanted to go, he thought, “Not a ghost of a chance with that car!”

To his surprise, though, the car quietly glided to a stop, and a distinguished older man with gray hair and a bronzed tan, invited him to get in.

The businessman was going near Roger’s home, and agreed to drop him off. As they chatted about Roger’s service time and world events, Roger felt a strong compulsion to talk to his friend and benefactor about the Lord. But he kept thinking of reasons why not to talk to his host. “Religion is a private matter,” he thought, but, nonetheless, as he got closer to his destination, he realized, “It’s now or never.”

“Mr. Hanover,” began Roger, “I would like to talk to you about something very important.” He then gave Hanover the simple plan of salvation, telling him how he could be born again, right then. To his surprise, Hanover pulled the car to the side of the road and began to sob. He prayed with Roger, and as they drove on, Hanover said, “This is the greatest thing that ever happened to me.”

When Mr. Hanover dropped Roger off, he gave him his business card which Roger kept, thinking that someday he would stop by and visit his newly found brother in Christ. Meanwhile, five years went by. Roger Simms married, had a child, and got into business. “One day,” says Ron Mehl, “while packing for a business trip to Chicago, he came across a small, gold-embossed business card which Mr. Hanover had given him years earlier.” Roger tucked it into his brief case and decided to visit the man he had led to the Lord five years before. When he looked up the address of Hanover Enterprises, somewhat to his surprise, he found the offices housed in an expensive high-rise building.

When he presented the card and explained he was an old friend, the receptionist said that he couldn’t see Mr. Hanover, but he could see Mrs. Hanover. Somewhat disappointed, Roger was escorted into a beautiful office where a woman in her 50s was seated at a huge oak desk.

“You knew my husband?” she said. Roger explained how her husband had given him a ride. “Can you tell me what date that was?” “Sure,” said Roger. “It was May 7th, five years ago, the day I was discharged from the army.” “Did anything special happen on your ride, anything unusual?” she asked. Roger hesitated, and then told her the whole story. Then she burst into tears. Moments after Hanover had dropped Roger off, he was killed in a head-on collision. Roger was the last person who had ever talked to him alive. For years she had prayed for his salvation, but only then–five years later–did she learn that God had indeed answered her fervent prayers.