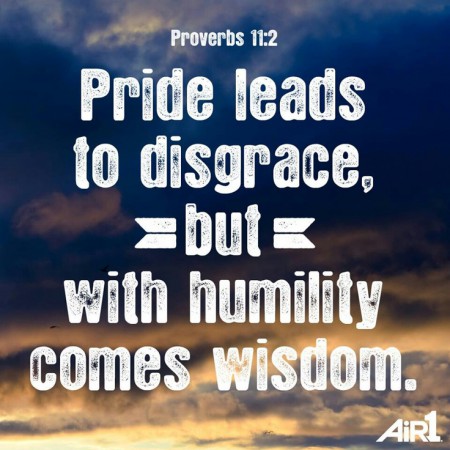 Through studying James and prayer, the Holy Spirit is really working in my heart. “Search me, God, and know my heart; test me and know my anxious thoughts. See if there is any offensive way in me, and lead me in the way everlasting.” (Ps 139:23-24) A couple of weeks ago, I posted Apply God’s Word to Your Life, which studied (James 1:22-25 NIV). Then in continuing the study, a few days ago I posted Partiality Violates God’s Law of Love, which studied (James 2:8-13). During this study, I stopped to study grace and posted a couple of articles about applying grace Part 1 and Part 2. And the other day I posted Faith That Works, which studied “What good is it, my brothers and sisters, if someone claims to have faith but has no deeds? Can such faith save them? Suppose a brother or a sister is without clothes and daily food. If one of you says to them, “Go in peace; keep warm and well fed,” but does nothing about their physical needs, what good is it? In the same way, faith by itself, if it is not accompanied by action, is dead.” (James 2:14-17).

So much of what James is teaching us is that we need to be humble, accept the teaching of the Word of God, and apply it to our lives. “All Scripture is God-breathed and is useful for teaching, rebuking, correcting and training in righteousness,” (2 Timothy 3:16). A couple of days ago something came up that made me really look at my thoughts and actions (deeds) through God’s eyes. I landed a bullseye on the sin of pride. I have been like the Pharisee, pumping myself up telling myself that my sin is less than others that I see. (See The Parable of the Pharisee and the Tax Collector). The Holy Spirit has convicted me that my sin of pride is the most heinous in our Lord God’s eyes, and I am guilty! My sin is NOT less than others – it is the sin that God despises the most! We’re warned to guard our hearts against pride lest we too “fall into the same condemnation as the devil.”

I was particularly convicted of my actions toward a loved family member, and this has not always been an easy relationship. I threw my hands up to God this morning and put this relationship completely in His hands. I was prodded by the Holy Spirit to make a phone call, which I did at a more respectable hour. I humbled myself, and my apology was accepted with grace. We ended up having a great conversation. I’m so grateful I was led to put this relationship and the things I’ve said and done in His hands, and listen for His response. I’m so grateful for the Holy Spirit shining a bright spotlight on my sin. I need the Lord God to show me how to have godly and loving relationships.

Humility is the foundation of all virtue, but pride is the essence of all sin. The world system operates on the basis of pride for all that is in the world is lust and pride (1 John 2:16). Pride and lust are root sins from which all other sins spring. Pride is the mother of evil. God detests pride. He even hates a proud look (Prov. 6:16-17). God’s loathing of pride is unalterable, for “Every one that is proud in heart is an abomination to the LORD” (Prov. 16:5).

Pride was the first sin to destroy the calm of eternity. It was pride that cast Lucifer from heaven and it was pride that cost Adam and Eve their place in Paradise. Pride is the first sin to enter a man’s heart and the last to leave. Staggering pride was to blame for the tragedy in heaven. Self-will displaced God’s will, and the Devil emerged. It has been said, “Man is never more like the Devil than when he is full of self-will.” No sin is more offensive to God than the sin of pride. Pride has been referred to as the “complete anti-God state of mind.” It militates against God’s authority, God’s law, and God’s rule. Pride assaults God’s throne and asserts its independence in an attempt to dislodge God as the Sovereign of the universe.

God and pride are like oil and water— they don’t mix! Pride is dogmatic in its antagonism to God and God is absolute in His opposition to pride. The Creator never has and never will compromise with pride.

Once Solomon had completed the Temple, the Lord instructed Israel on the proper way to approach Him in times of judgment. But even before they prayed, turned from their wicked ways, or sought the face of God they needed to first humble themselves (2 Chron. 7:14). God required the people who were called by His name to humble themselves before they prayed or repented. The reason humility precedes prayer is because there can be no real prayer without humility. Prayerlessness is the very first sign of pride. It has been said, “God’s power will never fall until we do.” Proud people don’t pray. In fact, the only people who pray are those who need God, know they need God, and can’t go on without God. Humility is the altar on which God wishes us to offer Him sacrifices.

Why are there so many splintered relationships, so many broken marriages, and church splits? The Scripture gives us the short answer, “Only by pride cometh contention” (Prov. 13:10). Just as surely as pride erects a barrier between us and God, it also builds a wall between us and others. Whereas love seeks to build a bridge, pride seeks to erect a wall. I confess that my pride has definitely erected walls! The Holy Spirit will show me instead how to build bridges.

Humbling ourselves is the only way to get the roof off toward God and the walls down toward our fellow man. Once offences have been committed, whether intentional or unintentional, they must be dealt with. “I was wrong. I am sorry. Will you forgive me?” are healing words that only a humble soul would use. Whenever you find a man willing to humble himself before God and man, you have found a man who will be exalted, because “humility comes before honor.”

Before a man can look down on another he must first assume he is better than the person he is speaking against. A proud man is suspicious of everyone else. A humble man is more suspicious of his own heart than anyone else. The proud heart will detect defects in others before himself. A humble soul sees the evil in his own heart before he sees evil in others.

The only reason for character assassination, or making an unfavorable comparison, is to exalt one’s own self. Before speaking against a fellow human being one must first establish himself as a judge. This maligning of character can only be explained in terms of pride. The connection between pride and slander is clearly seen in Psalm 101:5, “Whoever secretly slanders his neighbor, Him I will destroy; The one who has a haughty look and a proud heart, Him I will not endure.”

Pride is the disposition to exalt self, get above others, and conceal defects. Ever since the Fall man has had the tendency to confess someone else’s sins instead of his own. This is hardly surprising since the heart of man is “deceitful above all things” (Jer. 17:9). And the reason man’s heart is so deceitful is because of inborn haughtiness. “Thy terribleness hath deceived thee, and the pride of thine heart” (Jer. 49:16). Contrary to popular thinking, we are not good people who happen to do bad things—we are sinners through and through. And it is the deceptive nature of pride which brings such reluctance to admit our sins.

The Bible warns us about thinking more highly of ourselves than we ought. No man has a right to an inflated view of himself. Under the influence of pride a man takes on the air of a master. He is more likely to instruct others than inquire for himself. A humble Christian wants help from everybody, but the spiritually proud thinks everybody wants his help.

The proud man believes he has accomplished what God and others have accomplished in him. He seeks credit for things which he cannot rightly take credit. Talent, intellect, abilities, health, and life itself are gifts from God.

Pride is a sin to be hated, a sin to be confessed, a sin to mourn over, a sin to flee, and a sin to fight against. William Law commented, “Pride must die, or nothing of heaven can live in you.” God resists the proud, but He gives grace to the humble.

Humility is the royal insignia that marks God’s true people even though it is the saint’s hardest conflict. The first step toward becoming humble is realizing we are proud. Then we must take the witness stand against ourselves and plead “guilty as charged.” Continually, we must bring pride to the foot of the cross to be washed away by the blood of Jesus. Surveying the wondrous cross surely makes it easier to pour contempt on all our pride. Even though pride is hateful to God, the powerful blood of Jesus can cleanse it away.

If pride is the evil of evils, then humility is the virtue of virtues. Like the pearl of great price, it is worth selling all to obtain. Humility is our responsibility. Humility is a choice, and so is pride. How do you plead?